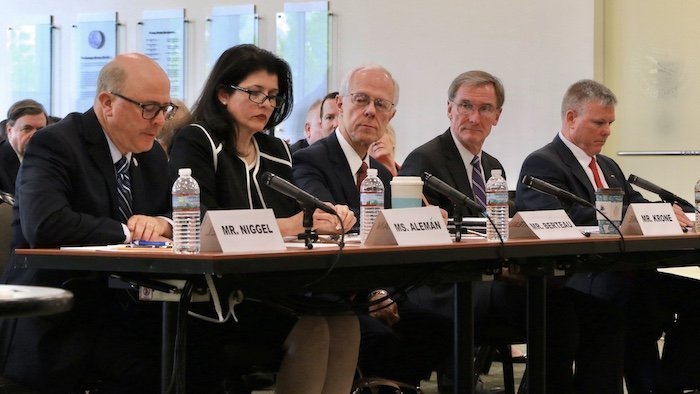 On Monday, Citizant’s CEO, Alba M. Alemán, testified to the U.S. House Committee on Oversight and Reform, Subcommittee on Government Operations, about the impact of this year’s 35-day government shutdown on govcon firms and their employees. The Subcommittee held a field hearing at George Mason University on Monday, May 6, 2019.

Alba described how the company’s leadership team and its employees leveraged lessons learned from previous shutdowns and worked together to make sure all employees were fully compensated and employed for the duration of the shutdown.  She told the legislators about the financial impact on Citizant — including halting payments to vendors and taking on $4 million in debt due to increased line-of-credit borrowing to help cover payroll every two weeks.

“Because the government had furloughed those responsible for approving and paying invoices, we did not receive payment for services rendered throughout the shutdown – and in some cases, for work performed as far back as October 2018. Government payments stopped even for projects that were not shut down, though we were contractually required to continue our support. Citizant’s unpaid invoices continued to pile up well into March 2019, putting us more than $4 million dollars in debt. We maxed out our borrowing capacity and had to postpone paying all of our own vendors, including the IRS, until early April,” Alemán said.  “When your only customer doesn’t pay you for nearly four months and you have breached your company’s borrowing capacity, you face the dire prospect of filing for bankruptcy and selling off parts of your company for pennies on the dollar in order to pay your employees. We were within days of having to take such drastic action.”

Alba feels it is her duty to help educate our elected representatives about these impacts, on behalf of the entire community of small govcon businesses.  When asked to summarize the shutdown in one word, Alba chose “Insanity”.

During the shutdown, Alba wrote blog posts emploring our elected representatives in Congress and the White House to find a negotiated end to the stalemate, and to give advice to other small business contractors about how to endure the shutdown.

The Congressional leaders seem determined to craft legislation that would ensure contractor employees receive back pay just like government employees; require government agencies to pay contractor invoices throughout any future shutdown; make it faster for contractors to resume work after a shutdown; and, above all else, try to reduce the likelihood that a shutdown could result simply from failed budget negotiations.

You can read Alba’s full testimony or watch the video (set to start with Alba’s testimony).