Citizant’s Board of Directors provides leadership, experience, and wisdom to help guide the company’s strategy and investments, and to provide practical advice on successful approaches to various business growth challenges. These industry leaders bring broad experience from both entrepreneurial startups and large systems integrators, from both private and public corporations and government leadership.

In addition to Citizant’s CEO, Alba Alemán, Citizant’s board members are: 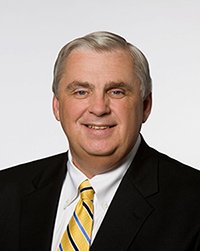 Jim is President and co-founder of Global Services & Solutions, Inc. (GSS), which provided the U.S. government with program management, continuity of operations, and acquisition support. GSS was acquired by PSS in 2014.

Prior to forming GSS, Jim was President of Perot Systems Government Services (PSGS) from January 2006 to December 2007, where he was responsible for strategy, management, operations, and business development of the government services business unit. He also served as Chief Operating Officer of PSGS beginning in 2002. Under his direction, PSGS grew from $57 million to $650 million in annual revenues through both organic growth and three key acquisitions.

Previously, Jim joined ADI Technology in 1997, where he served as Vice President and then President of the Federal Systems Division, then served as the company’s Chief Operating Officer until its acquisition by Perot Systems in 2002. His tenure at ADI Technology followed a successful 24-year career in the U.S. Navy’s nuclear submarine program, from which he retired at the rank of Captain. 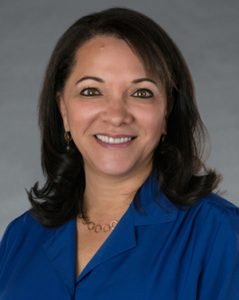 Along with her years in public sector leadership, Ms. Doan brings Citizant the benefits of an exemplary career as a successful tech entrepreneur. As the CEO of New Technology Management, Inc., Ms. Doan was selected as one of SBA’s Women Business Owner Success Stories for its 50th Anniversary Celebration. In December 2004, Ms. Doan was included in the inaugural class of 50 “Women Who Mean Business” by the Washington Business Journal. Among Ms. Doan’s business awards are the 2004 National Women’s Business Council Award for entrepreneurship, the 2003 National Director’s Award for Entrepreneurial Innovation from the Department of Commerce, the 2003 Committee of 200 Luminary Award for Innovation in Technology, and the 2003 Visionary Award from the National Foundation for Teaching Entrepreneurship.

Ms. Doan actively participates in and contributes to the advancement of women’s leadership in public service and business. She serves as a Senior Executive Service mentor for the Office of Personnel Management’s Executive Women in Government’s mentoring program. She is a member of the World President’s Organization (WPO), The Committee of 200, The Screen Actors Guild (SAG-AFTRA), Executive Women in Government, the International Association for Contract and Commercial Management, and the Intelligence and National Security Alliance (INSA).

Prior to joining RAI, Ann was president and a partner at SpecTal from 2002 – 2011. She joined SpecTal as the vice president of Operations in 2002 and was promoted to president in 2006.  Her responsibilities at the $160-million firm included client relations, business development, contract negotiations, and strategic planning.  In addition, Ann made all of SpecTal’s major financial decisions and approvals.  During her tenure, SpecTal grew from less than 20 employees in 2002 to 650 in 2011.

Prior to joining SpecTal in October 2002, Ann was a director for the Intelligence and Information Systems Group at EDS Federal. In this role, Ann had direct P&L and business development responsibility for the group, as well as for various subcontractors working on eight programs in support of the Intelligence Community. Ann’s group consistently surpassed its yearly revenue and profit targets under her direction.  Ann previously served as an Audit Manager for the Central Intelligence Agency and as a consultant at KPMG Peat Marwick.

Ann holds a B.S and a M.B.A from West Virginia University and is a licensed Certified Public Accountant. 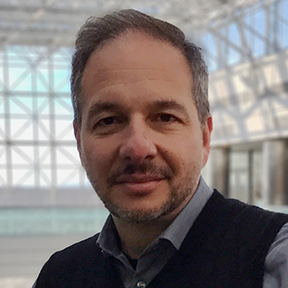 Daniel serves as general manager of Unwired Planet’s intellectual property business, where he is creating and executing the company’s successful patent strategy.  Daniel previously co-founded Visto (now Good Technology) in 1996 and is the principal inventor of multiple patents related to remote access, security and remote synchronization.

Prior to Good, Daniel was Vice President and Chief Technology Officer at American Management Systems (AMS), where he managed large-scale projects and was involved in the AMS Center for Advanced Technologies. Before AMS, Daniel served in several technical leadership and management roles, including director and senior technical consultant at Cambridge Technology Partners.

Daniel holds an A.B. in computer science, with a concentration in cognitive psychology from Harvard University.